.I try to read everything I can find about sake. So I’ve got a news aggregator set up on Google to receive articles about sake and Japan. Some articles are quite interesting and I usually share them on my Facebook page and Twitter and now in my blog.

As more foreign tourists visit Japan, their interest in local cuisine is fueling a rise in Japanese restaurants around the world

Is 100,000 Japanese restaurants abroad a lot? Difficult to say. I’ve tried to find similar statistics about other cuisines but to no avail. You just can’t beat Japanese bureaucrats from the Ministry of Agriculture, Forestry, and Fisheries in compiling statistics. However, I have found out that there are about 50,000 Chinese restaurants in the US alone. So I think that Japanese food has still a long way to go. Still, the 5-times increase from 2006 is really impressive. Gambare, Japanese chefs!

Secondly, there are more opportunities to try sake, so the interest in sake is rising. The last but not the least, as the market is getting bigger, there are more incentives for sake manufacturers to bring high-quality sake outside Japan and make an effort to promote it and educate consumers. In result, the quality of the sake sold in the UK is rising.

So, my fellow sake Argonauts, we might see a better choice of sake in our local areas soon! Probably not very soon. But I still think that any respectable wine shop should stock at least a few bottles of sake. We just need to keep asking! 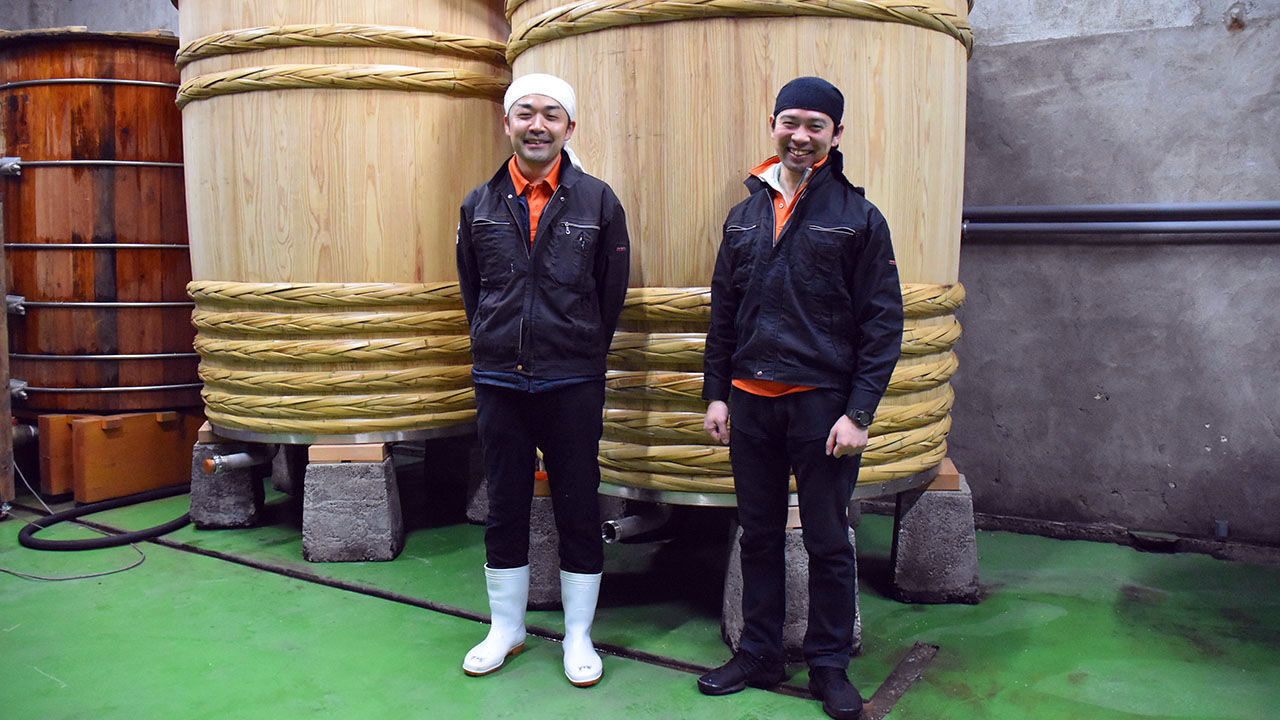 One factor behind the global nihonshu boom is the emergence of new flavor profiles that complement various culinary traditions and appeal to a new breed of sake drinker. Sandō Atsuko reports from Domaine Senkin, where the Usui brothers, heirs to a 200-year-old family business, have rewritten the sake rulebook by turning acid into an asset.

One of the reasons I like sake is its low acidity. So when I read that the Senkin brewery started making a higher acidity sake I got interested. My first reaction was “Oh, no!” But, then I saw the comparison with German Riesling and thought “Ja, das ist ausgezeichnet!” because Riesling is my second favourite drink after sake.

Now I am very eager to try one of the Senkin sake. I also wonder how the higher acidity sake made by using a kimoto method would taste like. Especially if the polishing ratio is around only 90% compared to at least 70% in junmai sake.

Another interesting aspect of the story is how the new generation of the brewery’s owners managed to turn the company around after liquidation. Before, Senkin Shuzo was a very unremarkable brewery making cheap sake and selling it to another brewery.

However, by picking up on the current trends and the changes in the consumers’ demographics, habits, and drinking preferences the new owners completely repositioned the Senkin product offering, aiming for the younger, more dynamic consumers.

As a result, the brewery and its 200-year history were given a second life. I hope to find the Senkin brewery’s sake somewhere and try it. And if I do I will definitely write about it here. One question bugs me though: should I say “Prosit” or “Kampai”, when I drink it?

How this Singaporean became the world's Sake Sommelier of The Year

Joshua Kalinan is on a mission: To spread the gospel of sake so that local restaurants can adapt it into all cuisines, including Northern Indian food.

I’ve picked the above article because I actually attended this event back in May. So when I saw this article I thought that it would be great to republish the story of Joshua Kalinan, who won this year’s Sake Sommelier title awarded by the Sake Sommelier Association. Again, this article shows, that the interest in sake is spreading fast amongst non-Japanese consumers.

In this article, Joshua is discussing pairing sake with traditional Northern Indian cuisine. He also talks about his journey to the prestigious title. During the interview, Joshua made an interesting point. While the popularity of sake outside Japan is on the rise, the drink is losing its position amongst its core consumers in its homeland.

I would like to add that I have read about this trend before. My understanding is that while people drink less of futsushu (cheap table sake) and honjozo, junmai and premium ginjo sake are doing okay, with junmai daiginjo actually trending up.

To summarise, we see the growing interest in sake across the globe with people of different backgrounds discovering sake and starting to enjoy it. At the same time, the Japanese sake industry doesn’t remain still.  It constantly innovates not only its brewing methods but its product lines to attract the younger generation. It’s a really exciting time for sake!

5 great sake to try this summer